World Classic Rockers (or WCR) is a rock supergroup that was founded by Nick St. Nicholas of Steppenwolf in 1995. St. Nicholas has toured with the band for a dozen years, which, in similar fashion to Ringo Starr’s All-Starr Band, rotates its lineup depending on the contributing musicians’ projects at a given time.
WCR performed for the first time in Fort Lauderdale, Florida on December 10, 1995 with St. Nicholas, Bobby Kimball of Toto, and Joey Molland of Badfinger with Richard Ward, Rosilee, Mike Younce, and Kurt Griffey in the backing band. The three joined Mike Pinera and his Classic Rock All-Stars in putting together a live show for the Harley-Davidson Toys for Tots Run. 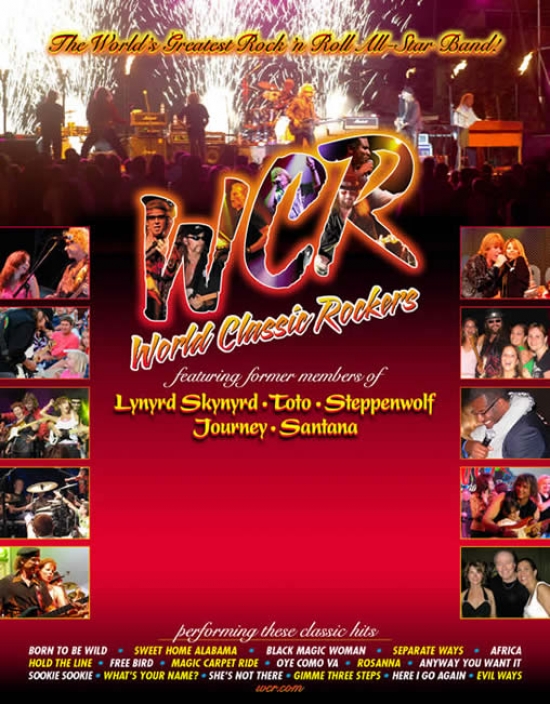 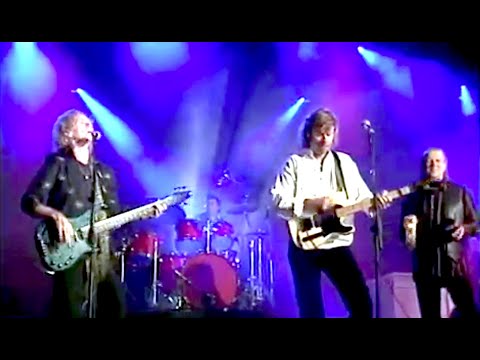 HERE I GO AGAIN
MORE THAN A FEELING
ONE WAY OUT