The captivating, fun, exciting spirit that came to be known as “Beatlemania” is alive again in the Return-the world’s most authentic and entertaining Beatles tribute band. These four lads, all in their early to mid-twenties, have carefully and skillfully recreated the Beatles experience by not only performing all the great songs of the original four, but also by sporting the same suits, boots, mop-tops, musical instruments, and gear. The Return make it possible for music fans from every generation to experience the same thrilling rush felt by fans who were fortunate enough to attend an actual Beatles concert in the early sixties.

“I saw The Return not long ago at one of the Beatle-fest conventions, and they were great! They really got the crowd going. Their energy and enthusiasm jumps off the stage. It was quite fun to watch them and imagine what it must have been like at an actual Beatles concert all those years ago!” Tony Perkins – Good Morning America

The Return certainly have a passion for music and will always enjoy playing the songs of the “Fab Four.”However, what makes them unique among the hundreds of Beatles tribute bands today is their unwavering dedication to ensuring the utmost level of authenticity in their performances. And so, it is not surprising that people are consistently dazzled by their close likeness to the originals. Same energy. Same charisma. Same feeling.

“There are moments when it’s hard to believe you’re not watching the Beatles!” Creative Loafing – Atlanta

As the most authentic Beatles tribute band in the world, the Return performs a song list packed with all the fun and lively tunes the Beatles played while touring. From the Cavern Club days in their hometown of Liverpool, to their last concert performance together at Candlestick Park in 1966-the Return concert is more than reminiscent of a Beatles concert, it’s as close to the real thing as you can get. 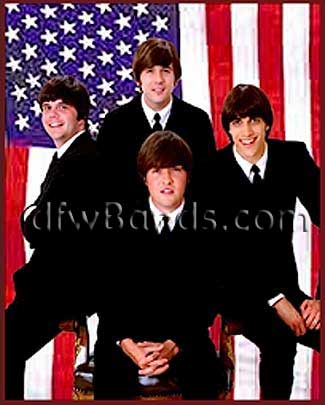