Nominated for “Novelty Act of the Year” by American Entertainment Magazine.

Terry Fator, World Class Impersonator, Comedian, Singer and Ventriloquist is a seasoned professional, who entertains all over the Country. He was named one of the top 5 “Male Entertainers of the Year” for 2006 by American Entertainment Magazine. Terry has a unique talent of making his “characters” sing like national singing stars and he does it “WITHOUT MOVING HIS LIPS.” You will hear from stars like Garth Brooks, Elton John, the Rat Pack, Etta James, Stevie Wonder, Tony Bennett, Elvis, Richard Marx, James Blunt, Roy Orbison, Keith Urban, Nat King and Natalie Cole, Brooks and Dunn, Maroon Five, Tracie Chapman, Louis Armstrong and even Kermit the Frog, plus the infamous Michael Jackson complete with all of his dance moves.

Audience Participation:
His show always involves audience participation and the highlight of his performance is when he turns a male audience member into Cher and then sings a duet as Sonny and Cher, which will have your audience rolling in the aisles. Seasoned Performer:

Having performed for over 15 years, Terry has shared the stage with top performers like Reba McEntire, The Dixie Chicks, Garth Brooks, Neal McCoy, Styx plus has performed for some of the largest Corporations including General Motors, Midas Muffler, AT&T, and has performed for both President Clinton and Bush.

Your audience will absolutely love Terry’s show, and you will be a hero for bringing him in for your company event.

“Terry Fator is one of the best entertainers I have ever seen.” Judi Fields- QSP-Readers Digest

“Terry Fator is a show-stopping professional. He brings a refreshing, positive and energetic style to the stage. This young man is a hit with ages 8 to 80 and provides a quality family show. For a successful event, Terry Fator is my recommendation.” Randy Brothers, American Liver Foundation

“The Terry Fator Show was outstanding!!! It has been several years since I have seen our group of bankers stay and actually “get involved” in our entertainment. The room was packed, and they actually stayed for an encore!! It was amazing!” Karen M. Britton, The Arkansas Banker’s Association

“Terry was absolutely amazing and very easy to work with and that’s important to a meeting planner. I had many compliments from my attendees. I plan to use him for more meetings in the future.” Denise Brennan – Montana, Idaho, and Wyoming Auto Dealers Assoc. 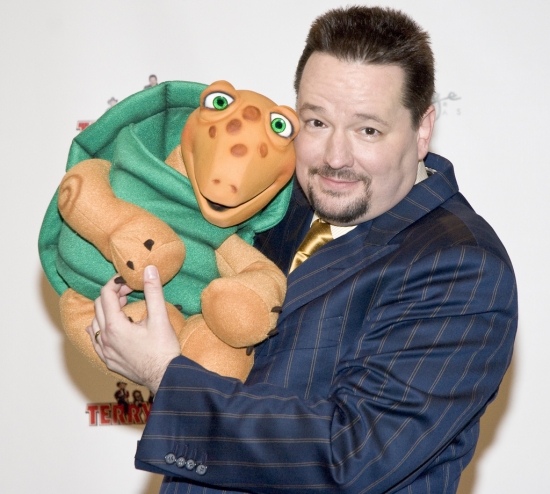