Is Fleetwood Mac back? Or is this just Rumours?

A captivating rock ‘n’ roll revue featuring uncanny impersonations and a non-stop barrage of hit songs spanning over 30 years. The players perform with abandon while weaving a tightly knit fabric of vocal harmony, intense guitar ensembles, and driving rhythms. Rumours is widely regarded as one of the most authentic tribute acts on the West Coast, often mistaken for the real thing.

Featuring a line up of six all-star players, Rumours recreates every stage of Fleetwood Mac’s amazing development; from their beginnings as a “British Invasion” quartet in 1967, through the recent reunion album “The Dance” and 1997 national tour 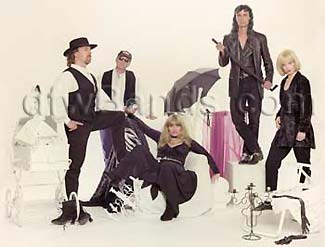