No Justice hails from a rather small place on the map, Stillwater, OK, known for spawning large talent like Jimmy LaFave, Garth Brooks, The Great Divide, Cross Canadian Ragweed, Stoney LaRue, Mike McClure and Jason Boland & The Stragglers. Having been a fixture in Stillwater since 2001, No Justice has developed a large following across Oklahoma and Texas, averaging more than 200 shows a year, and leading to the band’s signing in 2005 by national Nashville booking agency, Buddy Lee Attractions.
As it is with any good organic creation, there is an aging process that needs to occur in order to harvest the perfect blend. Country-rock tones weave in and out of the band’s solid self-titled release, thanks in part to Brandon Jackson on vocals/guitar, Joey Trevino on vocals/bass and Jerry Payne on guitar. Tunes like ”Never Come Back” and ”Bend But Don’t Break” lead with the Southern drummer/percussionist, Armando Lopez. Lopez shines on ”Don’t Walk Away” providing smooth groovy touches in all the right places, and on ”Breathe,” a melodically addicting ballad alive with pop essence and a funk pulse. Steve Rice tops it all off with acoustic overlays and a vocal concoction brewed from a little grit and a lot of soul. The album is produced by JJ Lester of Stillwater’s The Great Divide and Grammy Award-winning engineer, Eric Delegard. 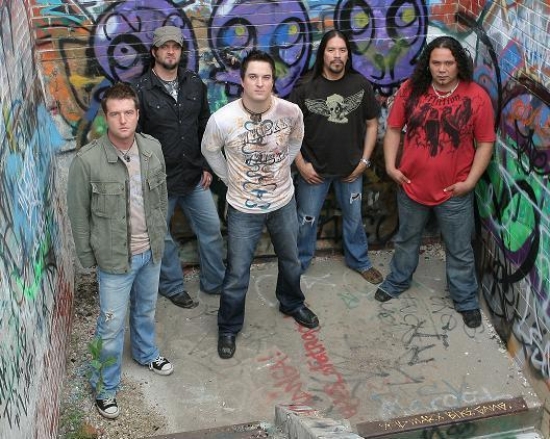