This Dallas Fort Worth based group is one of the country’s most sought after acts for fairs, festivals, concerts, corporate, and casino dates.

Linder & Brock’s show is packed with family fun for all ages, and their showmanship and stage presence is breathtaking. This is evident with Linder & Brock having a coast to coast fan base.

Their musical talent has shared the stage with countless artists such as Alabama, Three Dog Night, and Mark Chestnutt, while their showmanship has earned the respect of pleased audiences at American Airlines, Dallas Cowboys, DARE America, General Motors, GTE, Southwest Airlines, the Texas State Fair and Western Washington State Fair sponsored events among others.

Saddle up your imagination for a ride to the Old West with LiL’ Dogies. Their smooth harmony singing will rustle up memories of The Sons of the Pioneers, Roy Rogers, Gene Autry, Marty Robbins, and other cowboy Stars of yesteryear.

Strolling by the campfire or after dinner entertainment, cowpokes Steve, Bruce and Greg as well as cowgirl Kelsey Rae use a canvas of tunes and trail talk to paint a picture of the frontier days when vitils came from a chuck wagon and a cowboys best friend was his horse.

We’ve all seen “Stomp”, a popular drum act of which the members are known to play everything from trash cans to kitchen sinks.

Toss in some horns, acoustic guitars, and a touch of comedy and you have, Vocal Trash, a new and exciting act out of Texas burning up the road with a fun filled show worthy of the entire family. Vocal Trash is the brainchild of longtime musical producers Linder and Brock.
photo of Vocal Trash

Designed to combine tight vocal harmonies with the grit of “Street Instruments”, Vocal Trash delivers a unique blend of Oldies, Rock and Roll with contemporary beats, to achieve a sound not soon forgotten by spectators young and old. Creator and Group leader Steve Linder states “We wanted to come up with something completely different from the norm. Everyone has a band, but nobody’s doing this”. “It’s all about Fun” quips Bruce Brock also an owner and member, “no one leaves the show with a frown, it’s a rule”. Greg Garcia the Latino sax department of the group relates, “For the first time ever my kids play my music to their friends. They love it”. Maybe that’s because these “Classic Oldies” are updated with Hip Hop grooves and eye catching antics.

Kelsey Rae, the female and vocal extraordinaire of the foursome explains, “We play to all ages. Good music appeals to everyone, and the kids love the drumming theatrics. It’s a lot of fun”.
photo of kelsey

So there you have it. Why hire just “another band” for your current event when you can have the wildly unique Vocal Trash. Vocal Trash is accompanied by longtime Linder & Brock Drummer Chris Beck, making this act a five piece. 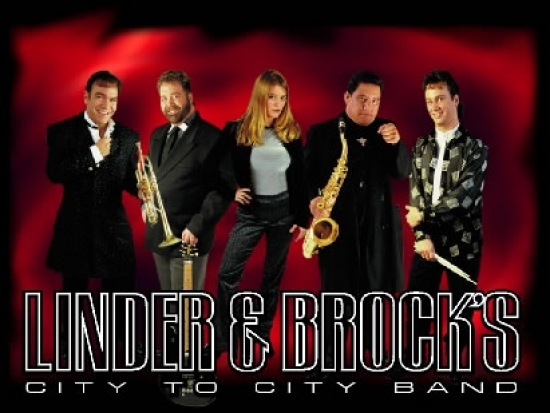