Finally, a Kiss tribute band has come along that puts the fight and faith back into the Kiss Army! Kissteria features 4 men who truly capture the look and sound of the characters they portray. Kissteria is:

Joe not only has the Voice, Charisma and playing ability of Gene But the Fire breathing, Blood spitting and Yes, even the Tongue of the demon as well. Joe uses the Punisher bass and Ampeg amps. Joe has been playing Gene for many years in bands such as Parasite and Double Platinum. Joe was featured on the Carson Daly show and also on ESPN in full Gene costume!!

Chris completely takes control of center stage as Paul Stanley himself! Chris’ voice must be heard to be believed. From the stage raps to the higher range vocals, Chris’ voice truly fills the room! Chris also shares key physical features of Paul such as the big brown eyes and Hairy Chest. He moves gracefully across the stage in full 8 inch heels doing such trademark moves as the Scissor kick splits and windmills. Chris has been playing Paul since 1999 when he got his start with Kissteria’s Jerry. They formed the original Deuce based out of Philadelphia/South Jersey. Chris also toured with Hotter Than Hell across the USA in the summer of 2000. To say that Chris was born to Play the Starchild may be an understatement considering the fact that he actually shares Paul Stanley’s birthday!! (January 20th) As an added bonus, Chris ends every show with a guitar smashing finale!!!!

Jerry is definitely the next best thing to Ace himself! Jerry’s attention to detail is 2nd to none. From the makeup application to the exact costumes and Les Paul guitars, Jerry leaves no stone unturned. Walls of marshall amps behind him and Smoking guitar in hand, Jerry rips through every classic Ace solo with relative ease. Jerry’s experience goes back to 1999 when he and Chris formed the original Deuce as stated in Chris’ intro. Jerry has also played with Love Gun and toured Canada and the US East coast with Toronto’s Dressed To Kill. Jerry and Chris were featured on Tv with Matt O’ Donnell during Halloween of 2000!!!

Making his Kiss tribute debut in Kissteria. Long time veteran of the Rock Scene, Scott brings a professionalism and know-how to the band that is truly incredible. Besides totally capturing the Catman’s look, voice and playing ability, Scott’s craftmanship lends itself to the stunning stage props that he built. These props include the 10′ x 5′ lighted blinking KISS logo, life size blinking staircases and 8′ winged serpent that was featured during KISS’ 77 tour! Scott’s drumset is also just as impressive as Peter’s with a killer Gong to boot!! No one can touch this Cat!!!! 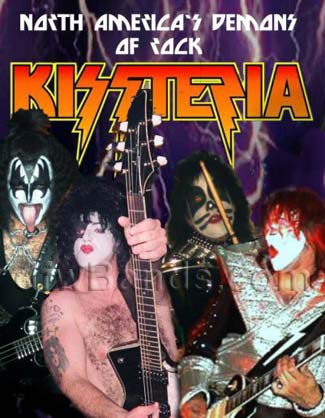 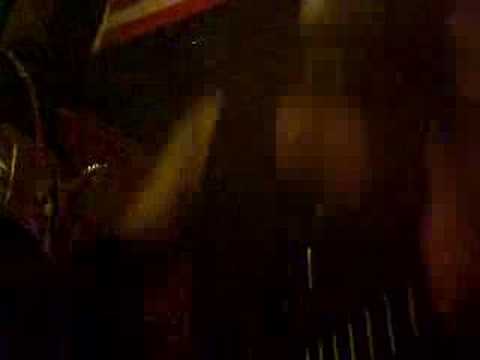