The members of Hot Rocks re-create The Rolling Stones look, sound & energy. With LIVE concerts from small clubs to stadiums, interviews, private parties, conventions & media events, this band has done it all over the past 25 years. This is the longest running and most electrifying full production show in the world honoring The Rolling Stones Performing nationally & internationally since 1981, Hot Rocks stands alone as the most fascinating, convincing example of a Stones tribute performance there could ever be. They hold an astonishing likeness to “The London Legends” and deliver every ounce of an authentic Rolling Stones experience. “Hot Rocks” has been honored with an invitation by the esteemed city of Boston to help them celebrate and herald the beginning of The Rolling Stones “A BIGGER BANG” 2005 World Tour”. Hot Rocks has scored decades of rave reviews in the media but the highest honor of all has been the distinction of being invited by the Rolling Stones themselves to perform at their 1998 Press Conference for the “No Security Tour”. Concertgoers will thrill to precise renditions of Mick, Keith, and Ronnie. They will also see dazzling costumes, amazing backdrops, and an array of authentic vintage guitars and equipment. Hot Rocks renders note-perfect performances of all the classic Stones hits. They have developed a worldwide following of devoted fans and are recognized throughout the world as the Ultimate Rolling Stones Tribute Show. 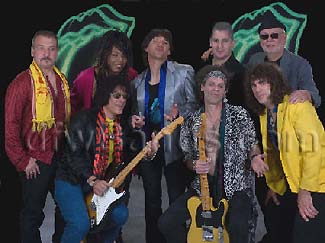 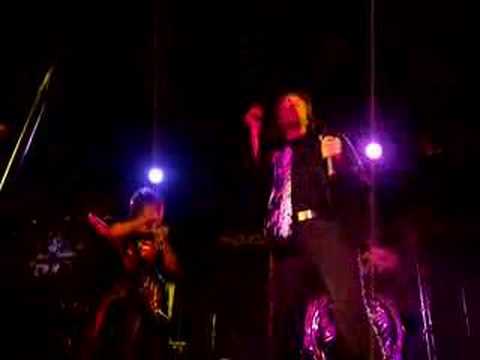