Escape, The Dallas Journey Tribute Band – Originally formed in the Winter of 2002, Escape quickly built it’s reputation on providing a rock solid musical tribute to the best arena rock band that came out of the 80’s. Touring the various clubs of the DFW metroplex, when Escape played you were guaranteed a rocking good time.

Escape has re-emerged with a new line up consisting of founding members Dave Curtis and Johnny Campos, and introducing new band members Terry “Perry” Murphy, Mike Heup and Dave Munsie. Sounding like a mixture of classic and current Journey, Escape is hotter than ever and is looking forward to bringing an accurate rocking musical performance of your favorite Journey tunes to a club near you! 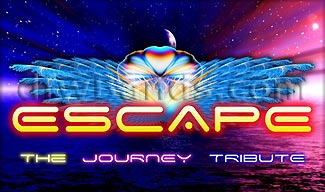