I know, you're probably asking yourself, where did the name Elvis T. Busboy come from? Well, did you ever see the Elvis Presley movie King Creole, where Elvis plays a busboy who becomes a hit when nightclub fans learn he can sing? Same deal here.

But don't let the name fool you, "aside from the occasional Little Sister, there's no Presley in the set," writes John Austin (Arlington Star Telegram).

Elvis T. Busboy (aka Stephen Shaw) started out a roadie for the P.J. Belly band & went with him in '89 to the Arts & Crafts festival in Kerrville, where P.J. Belly asked Shaw if he wanted to get up on the stage & sing. "I didn't have time to think about it long enough to be nervous," Shaw says. He got up & sang the only tune he knew, Arthur "Big Boy" Crudup's 'That's All Right Mama' & it worked. The following year Belly opened up his own Lubbock club & Shaw became the singing cook there. Shaw would stop cooking, come out & sing, then go back & cook some more. Friends started calling him Elvis because of his unique voice & would holler 'You wanna hear the busboy sing?' So he became 'Elvis the Busboy' which was eventually shortened to Elvis T. Busboy….voila!

Shaw's popularity then started to gain & he found himself working with bands all over town when he eventually crossed paths with the Texas Blues Butchers. The Texas Blues Butchers were a side version of Lubbock's premiere '80's band The Nelsons, which had 1 LP & 1 CD released. The Nelson's toured with Culture Club & played on Farm Aid, but were struggling & thus formed the Blues Butchers to get blues gigs. Shaw started singing with the band and before they knew it they were getting gigs all over town. Shaw recalls, "they were a terrific rock 'n' roll band trying to play the blues, and they literally were butchering it."

That's not the case anymore however. Jobs have been coming so steadily, they are booked several nights a week in blues bars from Dallas to New York, and when they play it is almost always to a packed house. Shaw says, "This is more than I'd ever hoped for, Kevin Mackey & John Sprott played some amazing gigs with some big-time people in The Nelsons, and they'll tell you that this band gets a good reaction faster than anything they've been involved with. The response has just been mind-boggling."

The band's roster has since grown to include bass player Braxton Howle and keyboardist Tim Alexander, who has 5 Grammy wins under his belt for his work with the band Asleep at the Wheel. Tim is an amazing pianist and can often be found jammin' out tunes on the accordion some nights as well. This band is packed with talent and has such a tremendous energy…it is no wonder their fans are willing to drive across the state of Texas to see them! And if you've ever been to Texas, you know that's saying a lot. 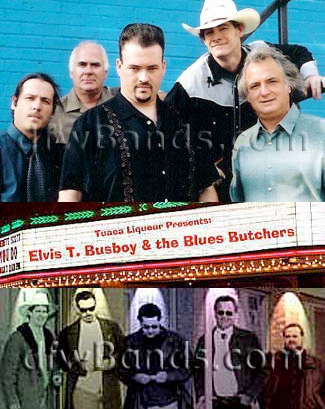