The Back In Black tribute band is an incredible, exciting, high energy reproduction of a concert performance of AC/DC. All the members of Back in Black live in the Dallas and Fort Worth area and are experienced musicians dedicated to capturing the power and excitement of AC/DC. We can play many different types of shows that include all of the best material from Bon Scott and Brian Johnson.
Back In Black was formed in late 2001 by former LA band mates Mike Mroz (Angus) and Darren Caperna (Bon & Brian). Mike had always recognized the potential of this project due to Darren’s uncanny ability to transcend both the spirit of Bon Scott and Brian Johnson into his voice. Jay Benzi (drums), and Mike Wagner (guitar) were found via an ad in The Dallas Observer. Taylor Smith (bass) was added due to his incredible musicianship and voice. The band has created an incredible buzz which has placed them as one of the top drawing bands in the area. They also recently performed to over 36,000 people at the Bone Bash in Ft Worth, and have been recruited by Sony Music, AC/DC’s new record label, to promote catalog sales. 20th Century Fox has chosen Back In Black over all other tribute bands to record AC/DC’s classics “A long way to the top” and “TNT” for two of their movies.
The band has also performed with Warrant, Cheap Trick, Foghat, Bad Company, Jackyl, Blue Oyster Cult, Grand Funk Railroad, Head East, Seven Mary Three, Cardboard Vampires, Living Colour, Loverboy, and Vince Neil of Motley Crue.
Back In Black are:
Darren Caperna – Vocals
Mike Mroz – Lead Guitar
Taylor Smith – Bass
Mike Wagner – Guitar
Jay Benzi – Drums 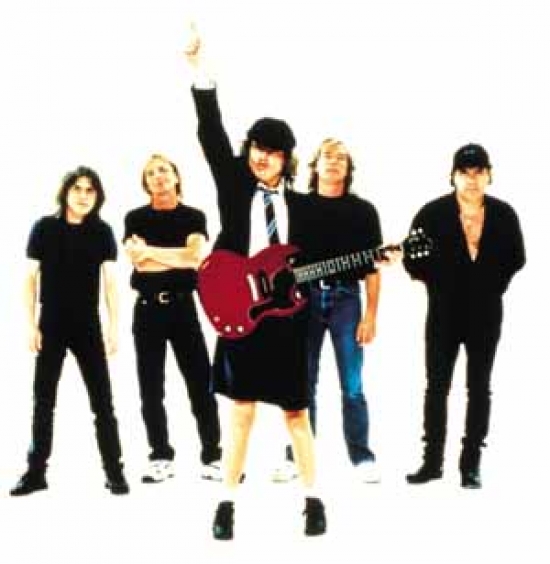